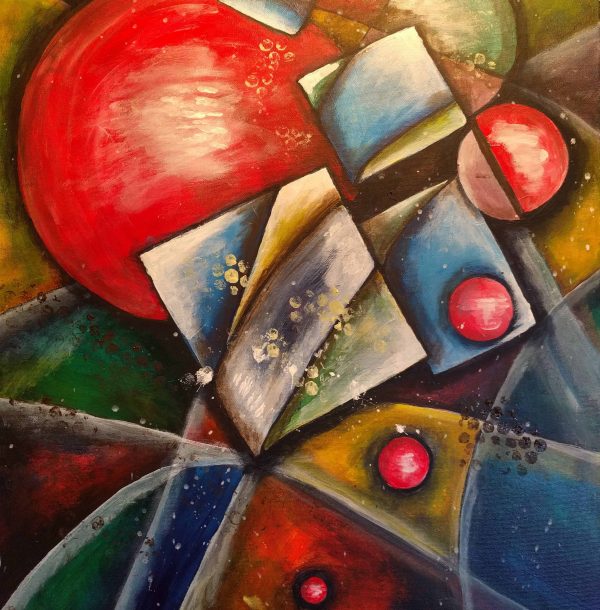 I could not leave well enough alone. I wanted to paint how similar the thought processes were between men and women. There are differences between the processing that may look a bit different. When you think about it the differences are so subtle that an idea of a sex based thought pattern is as elusive as trying to prove that an individual thinks in exactly the same process as another individual.

Men in their little boxes taking the same path in a different direction as the circular women can be replaces by an induvial version of the opposite sex that crosses over.

This could just as easily represent one induvial working with another individual on the same quandary.

Maybe it is one generation and a different generation.

Maybe it is a rigid person, and a fluid person.

I think it is time we just stopped categorizing how different types of people think, and start thinking up solutions to many issues that need attention in our world right now.

There are no reviews yet.

Be the first to review “Men Vs Woman Thought” Cancel reply